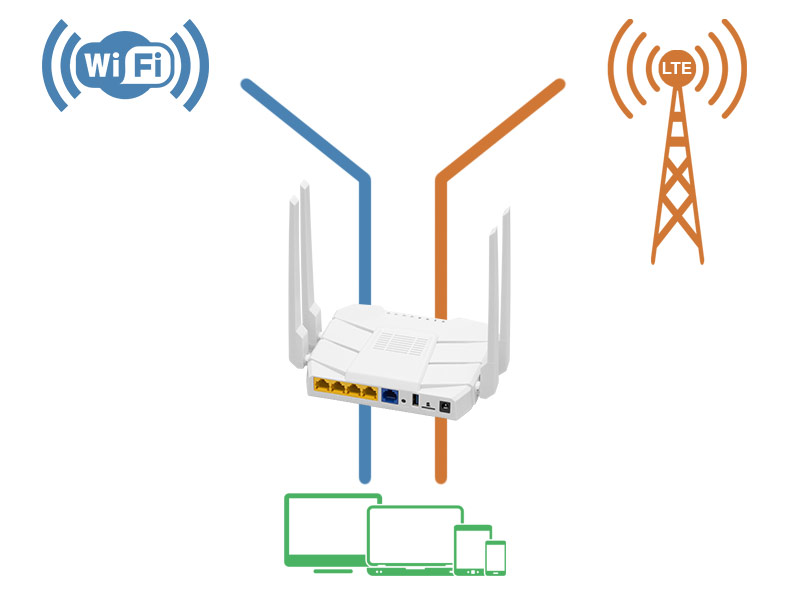 Most of us who are dependent on cellular data connections know that even the best of them aren’t all that stable. In fact, if you use a speed test like speedofme.com you’ll observe that the speed of any cellular connection can vary rather dramatically even during the course of a speed test. In addition, both my OTR Mobile and my Verizon unlimited prepaid Jetpack SIM are subject to momentary “outages” lasting a couple of seconds. These often evidence themselves by brief rebuffering events on my YouTube TV.

Even though these brief outages are worse with plans that are heavily “network managed” even the hotspot on my postpaid Verizon plan exhibits significant variation on a moment-to-moment basis.

To combat this situation, I’m now using my WiFiRanger in Load Balance mode to “join” my two connections. The Ranger does not do true connection bonding (which is more complex and usually more expensive) but it does select which connection it wants to use for every webpage element or streaming segment. When one connection becomes slow the Ranger can choose the other. The result is that I’m now pretty much immune to the variabilities of my two connections. It’s not all that likely that both of my connections will slow at the same moment.

I’ve attached a screenshot which shows the real time data usage through my Ranger for a period of a couple of minutes. Usage through my Jetpack is shown in orange with the green representing the OTR Mobile AT&T hotspot. You can see how the load shifts from one connection to the other. You can even see moments when the green line seems to take over entirely from the orange one.

What we’re doing here won’t help you if neither of your connections is fast enough to stream video, but it is quite helpful if you are concerned about moments during which one of your connections may drop below the threshold for high resolution streaming. When that happens, the router simply shifts the data stream to the other connection.

I won’t try to claim that WiFiRanger is the only router that has this Load Balance capability. But, typically, it is found in higher priced devices. If you’ve never tried it you might find it useful. It’s available on all WiFiRanger products including the new Converge models. It’s easy to set up and doesn’t limit your internet usage in any way.