By now many RVers and lots of non-RVers are familiar with the name Starlink associated with an internet system created by the Space X company. Most folks are also probably aware that it involves satellites that connect you to the internet. But beyond that, I’m not sure how much the general public actually knows about how the Starlink system works. In social media one encounters posts stating that Starlink is the best thing that have happened to the internet as well as posts stating that is it nothing but overblown hype. The purpose of this blog is to try to explain a bit about how Starlink works. Subsequent blogs will explain more about Starlink’s performance as an internet connection.

First of all, Starlink is unlike any other satellite-based communications systems and that includes DirecTV, Dish Network, Sirius-XM, etc. All of those systems utilize satellites that are placed in what are called geosynchronous orbits at >22,000 miles above the earth’s surface. Satellites in “geo-sync” orbit appear to stay in place over locations on Earth. This doesn’t mean they are stationary, not at all. What is meant is that they rotate around the earth at the same speed as the surface of the Earth is rotating. By rotating at this rate, it becomes pretty easy to aim a receiver/transmitter dish at one of them. Once you’ve pointed your dish, all you have to do is connect to it and do something like watch TV or connect to the internet using a service such as Hughesnet.

Although Starlink also uses satellites, they have little in common with the typically very large geosync ones. Starlink satellites are rather small and are placed in orbits that are only a few hundred miles above the earth’s surface. The physics of orbital mechanics tells us that such “low Earth orbit” (LEO) satellites will move much faster than will locations on the earth. To observers on the ground, they will appear above the horizon and then move across to the opposite horizon in a matter of tens of minutes. That means that we can no longer just point our dish at a satellite that stays in place; we need to be able to somehow track its motion. Furthermore, we will need to have lots of satellites in orbit because when one satellite goes below the horizon we don’t want to have to wait until it comes back into view after it has gone around the Earth. That would really mess up our internet connection! LOL 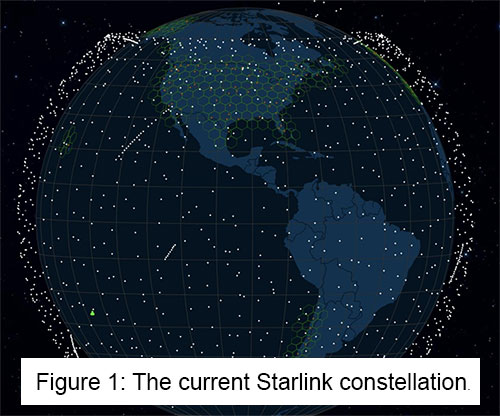 Figure 1 shows where the satellites were as this blog was being written.

So, if Starlink satellites are visible to us for only a few minutes at a time, how does our dish know how to get its signal to the correct one and how can it follow it across the sky? Many of you will have seen Starlink dishes and will know that they don’t seem to move. If it doesn’t move,

how does it track the satellites as they “fly” across the sky? That’s where some engineering “magic” comes into play. Those “flat” Starlink dishes aren’t just pieces of plastic facing the sky. Under that plastic are layer upon layer of tiny antenna arrays printed like circuit boards and stacked one atop the next. If you were to take apart a Starlink dish (something we definitely do not recommend you do), this “stack” of antenna arrays might all look alike But they’re not! Each one is slightly shifted from the next so that each antenna array allows the system to look a slightly different part of the sky. As a satellite moves across the sky, different “layers” of the antenna come into play in sequence. The net result is that the system remains focused on the satellite without the physical receiver moving at all! This is what people mean when they say that the Starlink antenna uses a “phased array.”

Phased array technology was developed by the US Department of Defense several decades ago as a way of eliminating the rotating radar antennas that were commonplace back then. Those rotating systems were used to track moving aircraft. Each time the antenna rotated around it would take another “snapshot” of where an aircraft was and would enable you to determine its course. The Aegis radar systems on Navy combat ships was one of the first major deployments of large-scale phased array radar. Now stationary “panels” could track aircraft better than rotating antennas! The first operational Aegis system was deployed in 2004 on the guided missile cruiser USS Ticonderoga. Figure 2 shows two “panels” of the AN-SPY-1 radar, the latest phased array system to be deployed. Although a Starlink dish costs a lot less than the Spy-1 system, the operating principles are the same. Now you can begin to get a sense of why a Starlink dish is as expensive as it is. 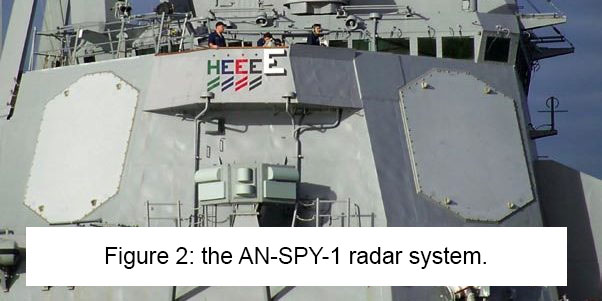 Obviously, there’s a lot more to the Starlink system, such as figuring out which satellite is in view at your location and directing your receiver to switch to the next satellite as the one you are connected to starts to go out of your sight. With 3,271 Starlink satellites in orbit as of November 2022, that’s a massive computer job in its own right. Now multiply that by the many hundreds of thousands of users and that is quite a “bookkeeping” task! If you want to get a sense of how complex this is, go to this website and watch how the satellites orbits. Expand the map and find your location. Notice how different satellites come into range of your station. All of this goes on “in the background” whenever you use Starlink to access the internet. It sort of makes pointing a dish at a fixed satellite seem pretty easy!

The next installment of this blog will discuss how Starlink performs as an internet source.